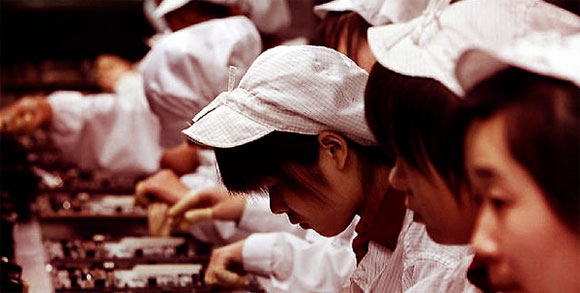 The banksters are making it known. You’re going to be a pauper. The mega-bank Citigroup has trotted out its prime economist to send the message.

“China should overtake the US to become the largest economy in the world by 2020, then be overtaken by India by 2050,” said Willem Buiter, chief economist. He also sat on the Bank of England’s Monetary Policy Committee.

In order to accomplish this, the banksters will whipsaw the global economy. “Expect booms and busts. Occasionally, there will be growth disasters, driven by poor policy, conflicts, or natural disasters,” warned the economist.

It has little to do with the weather. Central banksters create monetary inflation and credit expansion and thus engineer artificial booms and inevitably busts that work like a sledgehammer on humanity.

“Just as the boom builds outward from banks to the rest of the economy, with banks benefitting the most, the bust collapses inward to banks from the rest of the economy, with banks suffering the most,” writes Jeffrey M. Herbener. “Now the balance sheets of fractional-reserve banks, swollen with loans and checkable deposits during the boom, suddenly collapse. Or rather, the value of their loans collapses initially, as the projects they lent to turn out to be unprofitable, leaving them with negative net worth…. The monetary inflation and credit expansion of the boom are now reversed in the bust.”

Buiter and Citigroup have created a neat little index to explain all of this. It’s called the “3G index” to measure economic progress – or progress as gauged by banksters. “Using that index the nations to watch over the coming years are Bangladesh, China, Egypt, India, Indonesia, Iraq, Mongolia, Nigeria, the Philippines, Sri Lanka and Vietnam,” reports CNBC.

“They are our 3G countries,” Buiter boasted.

It is no mistake they are third world hellholes ruled by authoritarian dictatorships.

Banks and transnational corporations love place like Vietnam where slave laborers work seven days a week for six cents an hour. In Bangladesh, factory workers earn about $38 US per month. Indonesia factory workers make about $2 per day. In the Philippines, sweatshop workers earn less than half of the cost of living. In China’s electronics factories, run like military dictatorships, the suicide rate among workers is staggering. Drones work 15-hour days for $50 per month.

Egypt just underwent a revolution, in large part precipitated by high unemployment and poverty. It was shamelessly exploited by AT&T, Google, Facebook, NBC, ABC, CBS, CNN, MSNBC, and MTV. Google exec Wael Ghonim was designated as an impromptu leader of the revolt by the corporate media.

The third world slave labor hellhole model is what the banksters and their soulless corporations have in mind for the entire planet. Revolutions and rebellions in response to intolerable conditions – half the world, over 3 billion people, live on less than $2.50 a day – will henceforth be micromanaged by financial elitists and turned into harmless (for the elite) televised entertainment super events that do nothing to address the needs of billions of people.

China and India overtaking the United States as the economic dynamos of the future is no mistake. It has nothing to do with hurricanes or mudslides.

Globalism demands a prison planet ruled over ruthlessly by a small hereditary elite. In a few short years, the American people will suffer like the factory workers of China’s sprawling electronics factories and Vietnam’s garment shops run by Nike and Adidas.