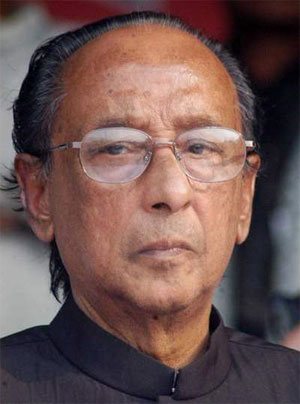 As we know, the globalists endeavor to “even the odds” in the world through the concept of wealth redistribution. Simply put, richer nations should freely bleed some of their wealth for absorption into the soil of poorer ones. Sounds reasonable to quite a number of people. It seems to appeal to the Robin Hood-sentiment of fair shares for all. Of course the sad truth is that both sides are being used as pawns in a geopolitical game of high-power monopoly. Irrespective of their systems of state, both developed and developing countries in the end are being run by power-hungry psychopaths, hellbent on destruction (filling their own pockets in the process). The powers beyond this, the sociopaths placed at key points in the overall infrastructure, control the psychopaths below them. Endgame? To organize the orderly extermination of the people by stealth. It sounds incredible, I know. But the facts speak for themselves.

Although the UN in the west have learned to speak of “sustainable development” when speaking of population control, their puppets in developing countries have been less successful: they continue to speak in the original eugenic tongue: the language used of old to describe how best to keep the population in check, by whatever means necessary.

In the context of the UN’s World Population Day (last July 11), several developing nations were quick to pledge allegiance to the eugenic deity. In the east-Indian state of Bihar, officials put out the announcement that:

“The Bihar government will soon formulate a new population control policy. The policy will be framed in collaboration with the United Nations Population Fund (UNPF).”

“There is a need to create an awareness on the need for population control.”

“as the population increases, nature takes its own method to control it.”

President Zillur Rahman of Bangladeshpushed to step up an “ongoing social movement” to control the population:

“Mentioning that every child should be born under a plan of the family, the President said, theme of this year population day- ‘everyone counts’ become appropriate in the context of Bangladesh.”

Speaking “while inaugarating the national programme on the World Population Day-2010″, Rahman concluded the event by distributing “population awards among eleven grassroots level workers for their outstanding performance in population control.”

Another compliant nation, Pakistan, had their Federal Minister for Population Welfare Firdous Aashiq Awan announce that:

“The government is taking serious measures to control population growth in the country.”

The government in Islmabad even recruits religious leaders (a trick stolen from the UN) in order to sell population control to the masses:

“(…) religious leaders are being empowered. For the first time, ‘Imam Masjid’ is being made a partner in population Welfare programmes. He would act as a social mobilizer, she (Awan) added.”

There’s more. The United News of India put out a statement by Union Minister of Health and Family welfare “on the occasion of World Population Day”, saying among other things:

“Strict implementation of laws about age or marriage and delayed first child with proper spacing may help in dealing with the population problem.”

These pledges of allegiance to the UN and their set goals of reducing human numbers are not exclusively made by developing countries. Developed countries have accustomed themselves with the same line of reasoning. The only difference is that, as of yet, the language has been more “friendly”, masking the true purpose of the transnationalists and the scientific dictatorship they are implementing.