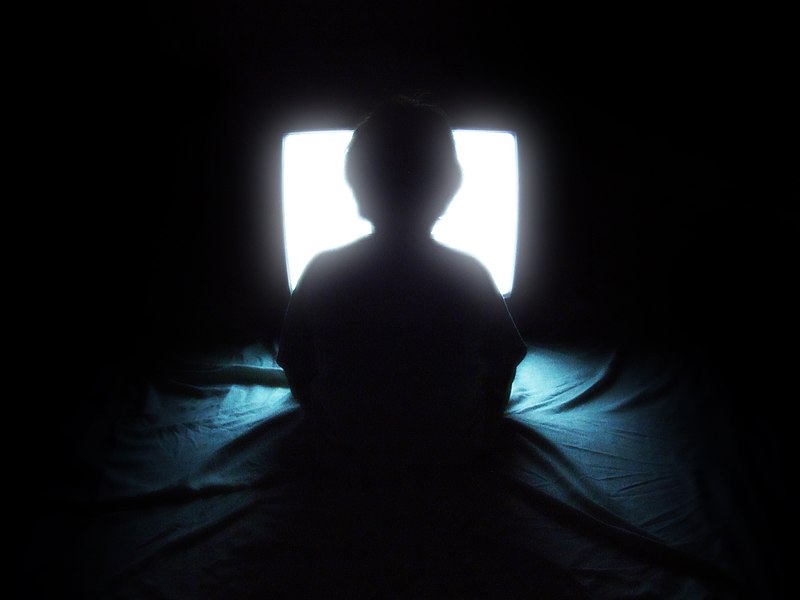 Television re-wires your mind and alters your consciousness;  Studies find that children’s brains are not developing properly

TV turns you into a zombie.

While these words are more often than not used as a tiresome metaphor to highlight how much crap we are forced to endure on television today, they do in fact serve as a deadly accurate literal statement.

Two separate studies this month alone have found that excessive amounts of television, even if it is merely on in the background, can detrimentally effect the development of children’s brains, to the point where they struggle to socially engage when they become older.

Add to this the already extensively documented impact that the television has on all of us, the power it has to literally alter our consciousness and shut down critical thinking, and it is no wonder that it was long ago dubbed the idiot box.

As reported by Reuters this month, researchers from the University of North Carolina Wilmington (UNCW), found that background noise emitted from television is so distracting and mesmerizing to children that it is impacting their ability to interact with other human beings and potentially slowing down cognitive thinking and language development.

The study, published in the journal Pediatrics, found that children in the US are now exposed to more than five hours a day of television. Matthew Lapierre, who led the study, explained that children who are subjected to the most TV spend less time interacting with other children and parents.

Lapierre also found that younger children are subjected to the most background television.

“This is a clear warning signal to parents that if they are not watching TV, they ought to turn it off,” said Dr. Victor Strasburger, a pediatrician from the University of New Mexico in Albuquerque who has previously studied media exposure among children. “[It is also] a reminder that parents should be avoiding screen time in infants under two.” he said.

“It’s confusing for babies who are trying to get their language together to have indistinguishable voices in the background.” Strasburger also noted, telling reporters that when parents bring their children to him, he can tell which toddlers are over exposed to TV.

“The babies that are being read to are just chattering away, and the babies that sit in front of a TV are silent,” he said. “It means their language development is threatened – they may catch up, but it’s a concern.”

In a separate study, doctors at the Royal College of Paediatrics and Child Health in London found that children born today will have watched a full year of television by the time they are seven years old. The study also found that on average children now spend more time watching television than they do in school.

Dr Aric Sigman published the study in the Archives Of Disease In Childhood, a medical journey jointly own by the British Medical Journal group.

Sigman noted that such extensive exposure to television can lead to a void when it comes to social relationships, can lead to attention deficit problems, and can promote significant psychological difficulties.

Sigman also noted that over exposure to new technologies such as 3D televisions and consoles could seriously affect the development of depth perception in children.

The study recommends preventing children under three years old from watching television altogether, and says that all children should be limited to less than two hours of TV per day.

“As health risks are reported to occur beyond exposure of two hours of screen time per day, although the average child is exposed to three times this amount, a robust initiative to encourage a reduction in daily recreational screen time could lead to significant improvements in child health and development.” Sigman noted.

In a report issued one year ago, the American Academy of Pediatrics pointed out that scores of previous studies have come to the same conclusions; that there is a direct link between increased TV time and developmental delays in children.

In 2010, another study published in Pediatrics, found that during analysis of over 1,000 children between the ages of ten and eleven, those who spend at least two hours a day in front of a television screen are 60 percent more likely to have psychological problems than children who spend less or no time. The study also noted that even children taking part in physical activities but still watching TV are still fifty percent more likely to suffer problems such as hyperactivity, difficulty with peers and friends, poor conduct and antisocial kinds of behavior.

Further studies published in the Archives of Pediatrics & Adolescent Medicine, found that children exposed to more TV are significantly more likely to exhibit aggressive behavior and perform poorly in school. In addition, the findings noted that children who watch more TV are more likely to eat more junk-food and suffer bullying at the hands of classmates – consequences that have their own brain re-wiring effects.

Other recent scientific studies have noted that many programs produced specifically for children may have even worse effects on their development because they are very fast moving, thus overtaxing the brain and promoting reduced attention span.

Owing to such proven effects of television and video games, children’s minds are being numbed before they have even developed. By the time they reach adulthood, they act according to decisions made to a great extent unconsciously. They are effectively zombies; humans operating with an impulsive, reactionary mind set, at the expense of logical analysis and critical thought.

And kids are not the only ones who are susceptible to television’s ability to create armies of the walking dead.

It is commonly known that television flicker rates induce alpha brain waves, lulling the brain into a more subconscious state that can be compared to sleep, literally inducing a type of hypnosis within the viewer that makes them more susceptible to suggestion.

This has been known since the 1960s, and was most notably proven in an experiment in 1969, byHerbert Krugman. The research, undertaken by Krugman as part of a larger project concerned with advertising, revealed that the brain’s left hemisphere, which processes information logically and analytically, effectively tunes out almost completely when an individual watches television.

The radiant light and flicker rate of television screens cause brain activity to drop toward more of a theta state. Critical thinking reduces, leaving the parts of the brain that hold memories, sensations and emotions the most active. Whatever is coming from the TV therefore somewhat bypasses the logical mind and is embedded directly into the subconscious. In other words, TV appeals more to emotions than logic.

Numerous studies have also found that flicker rates in video games cause altered consciousness. Some have been shown to reduce brain activity to below Delta frequency.

Other studies have also flagged up a link between watching too much television and Alzheimer’s disease. The semi conscious state induced by television is thought to directly contribute to the symptoms of memory, speech and perception problems.

Krugman also discovered that reading and listening to audio increases cognition and builds neuron paths because you have to think critically and envision the “theater of the mind”.

In addition, the crossover from the left to the right brain induced by watching television, causes a release of the body’s natural opiates, similar to a release of endorphins when exercising. This has the effect of making the viewer feel good. Consequently, withdrawal symptoms can kick in if viewers turn off the turn. As with any form of opiate-withdrawal, symptoms include increased anxiety, frustration, and depression.

Experiments conducted in the 1970s found that people who turn off their TVs for long periods after prolonged viewing suffer from depression, with some noting that they felt as though they had “lost a friend.”

A combination of four studies, published in the Journal of Experimental Social Psychology, concluded that television shows can instill a sense of belonging in viewers with low self-esteem and a lack of social relationships. Referring to the notion as social surrogacy hypothesis, psychologists at the University at Buffalo and Miami University, Ohio, found that in order to fill the emotional void of social deprivation, some people forge relationships with fictional characters in TV shows.

TV really is the opiate of the masses.

Of course, what I describe here is only a snapshot. We are today bombarded from all angles with distractions, substances, and conditions created to transform the way we interpret our reality. We are being conditioned from birth to act increasingly without consciousness; the one thing that sets us apart from every other living thing in the known universe.

We are literally being programmed into a waking sleep, a zombie-like existence. We must act vigilantly and educate others if we are to break this programming and preserve our humanity.