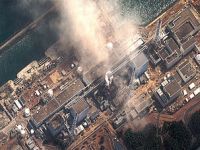 An order dated 2008 from the U.S. Embassy in Tokyo reveals discontent and concern about a major political figure in relation to the nuclear policy of Japan in their country. The document gave information that the government concealed information about nuclear accidents, as well as hiding the costs and problems associated with this branch of industry.

The conversation between Taro Kono and a U.S. diplomatic group would have occurred in October of that year, during a dinner. (…) The report was obtained by the WikiLeaks site and published by the Guardian.

Mr. Kono, a major leader of the Liberal-Democratic Party, which ruled the country from 1995 to 2009 and therefore was in power at the time of the meeting, looked at the critical role of the Ministry of Economy, Trade and Industry, responsible for the nuclear industry in the country and the Japanese power companies. In the document, he was strongly in opposition to the Japanese nuclear energy strategy and especially on issues such as cost and safety.

According to the documents, the deputy accused the ministry of withholding information and of selecting information on the sector to be passed on to parliament according to their own interest. In the dispatch, Kono also showed great concern about the nuclear waste collected by companies, since Japan has no local permanent storage of high level waste.

The document indicated another major concern of the deputy, who related the temporal stores with high seismic activity in the country and warned of the possibility and risk of material being filtered into the groundwater in an earthquake.

The deputy reported that Japanese power companies concealed many problems. Asked about the influence of energy companies in the country, Kono assured in a television interview conducted with him, full of criticism for the industry, that the information would be presented in three parts. But after the first show, they were forced to cancel, since the companies threatened to cancel their sponsorship of the network.”

Again it confirms what I stated in my post three days ago:

“For someone who does not swallow the fairy tales of the system, it is obvious that nuclear plants are never completely safe. This is one more option that capitalism imposes on humankind, from an approach in which the relation of cost / benefit is everything, and the lives of all the victims is nothing.”

Business interests prevailed over the imperative to preserve human existence. Profit weighs more than life. Governments are corrupt. Vital information was withheld. TV stations were coerced into silence with complaints and denunciations concealed.

And so, the country most battered by atomic bombings today is now threatened with going through similar horrors in the light of a more than predictable nuclear accident.

If nuclear facilities operation is debatable in the most remote deserts, their installation in populated areas can only be qualified as a crime against humanity.

And to think that, under the primacy of greed, risks were still maximized so that the power companies could multiply their earnings!

Long ago, capitalism should have been replaced by a form of social organization based on cooperation among people to promote the common good – the only chance of survival humanity has on a crowded planet and finite natural resources.

Agonal and rotten, it threatens the extermination of the human species, with the combination of natural disasters resulting from climate change, nuclear disasters, of which earthquakes, tsunamis, hurricanes, floods, etc.. will be the trigger.

The warnings are all in the data. If we delay awakening to the magnitude of the challenges we face, we can begin to react only when the situation has already reached a point of no return.

Translated from the Portuguese version by: Lisa Karpova