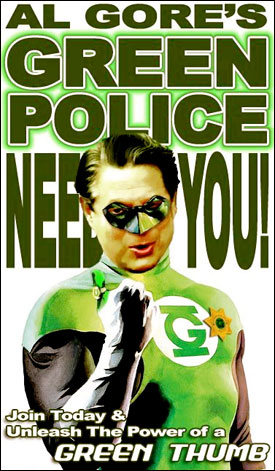 “A passive and ignorant citizenry will never create a sustainable world.” Andrew Gaines

Few words stir up passion and polarization like sustainability. The EPA offers up this description. “The traditional definition of sustainability calls for policies and strategies that meet society’s present needs without compromising the ability of future generations to meet their own needs.” Gee, who could disagree with such touchy and feely sentiments? The answer is always in the details and when you strip away the platitudes, what remains is a coordinated plot to enslave humanity under a burden of a Carbon Tax scheme. The environment has more risk from globalist central planning than from any fossil fuel emissions. Proponents of the global warming religion demonstrate a disdain for rational thinking that challenges their doctrine of a heterodox belief.

The sustainability cult ignores any evidence that conflicts with their political agenda. The accomplished author Robert Bryce cites in Forbes, A New Study Takes The Wind Out Of Wind Energy.

“For years, it’s been an article of faith among advocates of renewables that increased use of wind energy can provide a cost-effective method of reducing carbon dioxide emissions. The reality: wind energy’s carbon dioxide-cutting benefits are vastly overstated.

But if wind energy doesn’t significantly reduce carbon dioxide emissions, then critics can easily challenge the industry’s hefty subsidies, which include the federal production tax credit of $0.022 for each kilowatt-hour of electricity. That amounts to a subsidy of $6.44 per million BTU of energy produced. For comparison, in 2008, the Energy Information Administration reported that subsidies to the oil and gas sector totaled $1.9 billion per year, or about $0.03 per million BTU of energy produced. In other words, subsidies to the wind sector are more than 200 times as great as those given to the oil and gas sector on the basis of per-unit-of-energy produced.

If those fat subsidies go away, then the U.S. wind sector will be stopped dead in its tracks. And for consumers, that should be welcome news.”

After years of exposing the industrial wind fraud, most card carrying “Green” purists reject all proof that wind factories are useless and unnecessary. This perverse anti-intellectual conduct is systemic in the simplistic and emotional realm where tree huggers reside. Sincere and pragmatic environmentalists recognize that the planet can and will survive all that man can do to disrupt the eco balance. However, sustainability theorists refuse to acknowledge that the true danger is that humanity is under universal assault by the originators of all the carbon-based myths.

By ignoring the primary nature that the Global Warming hysteria, is a political attempt to deceive and control, the indoctrinated and easily influenced are led to slaughter.

The videos Global Warming Carbon Politics and Global Warming and the Carbon Tax Scam clarifies the differences between the radiant rhetoric and the ruthless reality of the planned global taxation tribute. If you believe there is a correlation between paying a carbon tax and the saving of the planet, you are too stupid to understand the ways of the world. For such eco fanatics, the question they need to answer is what stops you from giving up all electric use and revert to Rousseau’s state of nature? Sensible environmentalists recognize that Hobbes’ assumption that human nature is naturally competitive and violent, face reality with maturity and a healthy skepticism.

The problem with the stereotypes and impressions of the meaning of sustainability is the flawed supposition used by the EPA and most proponents of greening the world. Sustainability calls for policies based upon government action that is inherently unsound. Government by nature is a destructive force. It creates nothing of value. All bureaucracies fail in comparison to a true free market. In the corporatist environment that rules political strategies, the only beneficiaries of sustainable public policy are the transnational monopolies.

Conglomerate organizations make the policy that government adopts and invariably forces people into becoming compliant consumers. The individual as a customer is a facade, especially when it comes to energy usagae.

A classic article by William S. Lind, A modern-day Luddite argues that computers deaden our souls, also applies to the environmental sustainable mindset.

Hell has always hated reality, for in the real world, Christ is King. Old Screwtape’s problem, for millennia, was that philosophy made a poor weapon against reality. Even Hell’s most sophisticated philosophical device, ideology, fell sure prey to reality, seldom lasting more than a couple of generations. His Wormship knew that he needed a more powerful and enduring weapon than philosophy could provide. He needed convincing but false images of the true: virtual realities.”

The virtual reality that the global warming zealots profess violates the cardinal principle of Western tradition by making the twisted creed of sustainability their god. C.S Lewis converted back to Christianity and was influenced by his colleague and friend J. R. R. Tolkien and the writings of G. K. Chesterton. His journey is a chronicle of redemption and instructive wisdom. The cohorts in the sustainability legion dismiss the first principle because their Screwtape preachers bend their Wormwood brethrens into becoming “Green” comrades.

The video of the late George Carlin tells the tale of Saving the Planet, in colorful language. Alan Watts expresses the real substance of ‘Sustainability’ means Fascism and Depopulation in the next video.

For sustainability to have a valid meaning, it must start with affirming human beings first. How can a planet of created individual mortals survive when they willingly abandon their own soul? The elites intend to condemn you and your offspring’s to subsistence level survival at best. The fictitious guilt trip they promote is illogical. Rational and prudent business practices to develop and use the abundance of fossil fuel resources are not only sensible but also necessary. Eliminating coal to fuel electric generation is a viewpoint that qualifies for psycho treatment in an asylum.

Did you ever wonder that the technology that allows for placement of satellites into earth’s orbit would be impossible without the use of fuel derived from those nasty carbon based substances? Maybe the irony is missed by the “Save the Planet” crowd because they are too busy watching the Green TV channel or polluting the cell frequencies and internet bandwidth. Their message of sustainable compromise of the present population, in order to reduce future generations from ever being born, is absurd. Without an affordable price for energy, our society cannot support a level of acceptable and sustainable prosperity.

Beware of outlandish promises of technological miracles. Burning wood for heating your home is now becoming an essential alternative. How long will it be before the sustainability lobby distorts the language to condemn wood as a non-renewable resource?

The Luddite philosophy needs to be examined in depth before it is condemned. Since this post industrial age is rapidly becoming a global gulag, the basic survival practices of the past need to become the skill set learned, once again, in order to subsist. The future standard of living is headed for a momentous collapse. The carbon tax is designed to accelerate that downward spiral process.

Fellow Americans, do you still have doubts? View this Carbon Tax summary from down under. Australians get it, why are so many of our neighbors so dense? Just maybe George Carlin had it correct . . .

It is long overdue for citizens to become as independent as possible from corporate controlled energy dominance. A safe and clean environment is important, but that goal cannot be achieved as long as the General Electric’s of the world are drafting energy policy, receiving government subsidies and charging you for the privilege of using their toxic mercury fluorescent light bulbs.

One conclusion is completely clean. The current political system is out of control and does not serve or benefit the interests of our citizens. Industrial wind and corn ethanol are creations of a mindless wishful hoax. Natural gas is more than a temporary alternative. However, the fracking drilling process only maximizes the financial interests of cousin corporatists. The Carbon Tax end game will destroy more people than the most harmful emissions from a coal plant.

Since America is now out of man space exploration, isn’t it time to direct our energies in producing CHEAP energy that is benign to the environment and allows for national independence and regional autonomy based upon local needs and resources? If you want this nation to achieve real sustainability, it is important to abandon the globalist formula of phony environmentalism and damaging renewable schemes. Do you have the courage to apply rational thinking or are you just another causality of their media sniffing glue propaganda?