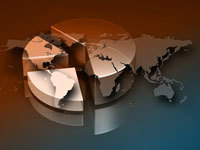 Can anyone in the world claim that the economic model now in place in most members of the international community, namely the monetarist/market economy version of capitalism, works well, if indeed it works at all? The Socialist model having been abandoned by many countries, where does the future lie?

It is as easy to make comparisons between the two models as it is to make sweeping statements based upon national stereotypes – and equally as inaccurate. Those who deride the Socialist model claim that “It just doesn’t work”, ask “How do you pay for it?” and produce figures of massacres perpetrated by dictatorships, in all three cases without a modicum of logical thought or relevance.

To begin with, the Socialist model worked extremely well in scores of countries for many years, bringing uneducated and illiterate populations to the front line in terms of schooling and further education, developing what were mainly tertiary economies into more balanced models with an established secondary and growing primary sector, providing full employment, public transportation, security of the State, security on the street, decent moral standards, free leisure-time activities, excellent cultural and sports facilities, free or cheap public utilities such as water, gas, electricity, communications, guaranteed housing, equal opportunities, social mobility, excellent healthcare, an indexed pension, and basic requirements in terms of food and even alcoholic beverages in some cases.

This, in the face of constant campaigns from the non-Socialist countries which spent trillions of dollars in trying to sabotage the model and whose intelligence services and special forces perpetrated acts of murder and attempted murder (hundreds of attempts on Fidel Castro’s life for example) and orchestrated a negative press shaping the mindset of generations of people with mis-and disinformation campaigns, while hiding and twisting the truth.

Take for instance the author of this piece. Google up my name, and you will be taken to some weird blog hate-site called Simply Jews, which along with death threats and the rest, publishes claims that I am “anti-Semitic”. This, when I have spent decades campaigning for peace in the Middle East, for the recognition of Israel, for equal rights for the LGBT community, against racism and in favour of gender equality, animal rights, doing voluntary work for the rehabilitation of prostitutes, for the homeless… Yet libel like that figures at the top of the Google search engine. The accusation that I am anti-Semitic is as absurd and untrue as claiming that Hitler was a fairy Godmother. It is a blatant lie.

Yet there it is.

Take for example the economies of the “developed” western world, in which getting a decent education is a drama unless you pay for it, where generations of semi-literate simpletons are belched into a shrinking work market every year, where decent healthcare no longer exists, where dental care is a luxury for the rich, where universal public education is a business and in which “you pay, therefore you get a diploma” seems to be the norm, like downloading a Ph.D from the Net, where getting a job is increasingly difficult, keeping it nigh on impossible, where getting and retaining a home is no longer a birthright and where thousands of people every day slip below the poverty line.

This, coupled with alarming rates of endemic unemployment, streets thronging with marauding, swearing, urinating gangs of bandits, drug addicts and alcoholics where old folk are no longer safe to venture and the cherry on the cake, the “Thousand-dollar Generation”.

The G-$1000. The G-$1000 is the result of decades of market-oriented capitalism, in societies which are moving backwards in all socio-economic vectors of development, in societies which bowed to the liberal economic theory and promptly destroyed themselves. The G-$1000 is composed of today’s youth, the masters of tomorrow’s world, whose mastery of domestic economics centers around not even being able to boil an egg, whose notion of geography would lead them to place Portugal in Africa, who enter the first year of a statistics course at University and claim that one half plus two thirds equals three fifths.

And even if the G-$1000 manages to get through University (paying for it and coming out the other side burdened with a massive debt), what openings are there on the job market? What do the employment centers have to offer? Call centers, for 1000 dollars a month. Working in a shop, blowing bubble-gum bubbles and making them go POP when a customer wanders in, and then out again because the assistant was too busy speaking to her boyfriend on her cell phone. Selling OTC products to increasingly dissed-off friends in a pyramid income scheme.

A decent career and an interesting job where the skills acquired can be used? Only with contacts. It continues to be a world in which what matters is who you know, not what. And then begins the drama mentioned above, of getting a house, having a family and so on.

So this is hardly a viable alternative, yet everyone follows it blindly, shrugging off their worries like a herd of sheep devoid of any intention to question what has happened. After all, there’s always Belching Barney on the Simpsons this evening. And a cheap junk meal laden with chemicals to keep us nice and dumb. And a soccer game next weekend. Wow!

True, the Socialist model was not perfect (speaking of massacres is as unacceptable as claiming that the millions of people killed by Imperialist regimes across the world was because of their political model). But what has replaced it is living Hell and is taking our societies backwards.

One thing is certain. The liberal model is dead and buried under the rubble of the economic collapse of the last two years. The debate must once again be, State interventionism, yes, but to what degree? Now we all agree on one point: the Socialist model must be a fundamental part of our socio-economic reality, this time with elements which reward the spirit of human endeavour.

All we need now is to educate our younger generation to do some research into public finances (a well-kept secret) and to start producing ideas. Like for example placing the police on the streets and not in some office ten miles away. Having doctors with proper diplomas who speak the language of the country in which they are working. And “socialising” children for the classroom.