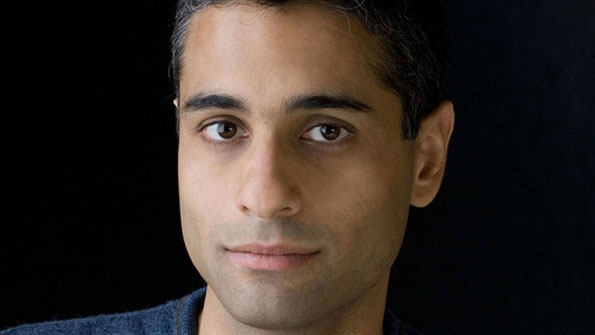 SIDDARTH KARA is a former investment banker turned award-winning author and an expert on forced labour. He holds a dual appointment at Harvard University’s FXB Centre for Health and Human Rights and at the Carr Center for Human Rights Policy. His new book, “Bonded Labor: Tackling the System of Slavery in South Asia”, is the result of 11 years of research into human trafficking and modern-day slavery. He estimates that between 18m and 22.5m, people are currently in debt bondage worldwide, with roughly 85% of them in South Asia. He spoke to The Economist.

Q: What is bonded labour, and why do you call it “modern slavery”?

A: In broad strokes, bonded labour, or what’s often called debt-bondage, is a form of feudal servitude, where credit is exchanged for pledged labour. The class in power will often coercively extract and extort far more labour out of the debtor than the fair value of the credit they received. Sometimes an entire family can endlessly work off a meagre loan taken years before. More than half of the world’s slaves are bonded labourers and the products made by them permeate the global economy.

Q: So why does it persist today?

A: Bonded labour persists due to a plethora of forces: poverty, caste-based bias, corruption, social apathy. It’s also an ancient modus of servitude that has evolved as a source of labour for the global economy. I traced the supply chains of products tainted by child labour and bonded labour in South Asia all the way to retail sale in America.

Q: You said people enter into bonded servitude involuntarily. Why does that happen?

A: They are desperate for credit. The immediate reasons vary: food, consumption, shelter, when someone falls sick, money for a funeral, someone is getting married, to rebuild after a monsoon or natural disaster. They need money for the basic needs and rituals of life. The only asset they have as collateral is their physical labour.

A: It is very much tied to the system of caste. Nearly all of the bonded labour cases I documented in South Asia are out-caste or low-caste individuals. These are the most disenfranchised, the most impoverished, the most exploited, and there is kind of a general social acceptance: this is the lot for these people, this is their outcome.

Q: How do the land owners and creditors keep these people in servitude?

A: Sometimes there is physical violence, but the most powerful force that keeps people ensnared in debt bondage is the lack of a viable alternative. If you ask someone who is in bonded labour, they know they are working off this debt for years and years, it should long ago have been discharged, and you’ll say “would you rather do something else?” and they’ll say “yeah, what? There is nothing else. I will starve if I don’t do this. The meagre pennies that I get for this is more than zero pennies and so my alternative is oblivion”. The owners know this, the contractors know this, they know that the alternative for these out-caste peasants is nothing, so they have no choice.

Q: Are there any sectors that seem particularly prone to use the products of bonded labour?

A: Well, yeah. Often times the supply chains for these products can be very complex, so sometimes a company that’s importing goods may not realise exactly what’s going on on the far side of their supply chain. The industries that have the highest prevalence included products like rice, tea, coffee, but also things like frozen shrimp and fish, granite for your counter tops, cubic zirconia, hand woven carpets, sporting goods, apparel, the list goes on and on. Construction is another one, including office buildings for international companies, or major road construction and infrastructure projects.

Q: To what extent does bonded labour a problem of globalisation?

A: The global economy is a powerful force [that creates] demand. A company can scour the globe for under-regulated labour markets in order to benefit from cheap wages. Labour is almost always the highest cost component in a business, so if you can minimise or virtually eliminate labour costs you are saving a lot of money. The global economy does look for and demand and feed on these systems, which stimulates their persistence.

Q: Yet even with the demand from globalisation, you say bonded labour is largely concentrated in South Asia.

A: Bonded labour didn’t need the global economy to exist and persist in South Asia. It is concentrated in South Asia, and South Asia needs to take responsibility. I don’t see how the region, and particularly India, can be considered a legitimate global economic leader so long as it allows these types of offences to persist.

Q: You say in your book that it’s actually illegal in India.

A: Oh yes! Bonded labour was abolished by a comprehensive national law in 1976. With the passage of that law there was an initial flurry of activity, but after the first few years [enforcement has been] really very meagre.

A: The Indian government needs to fulfil the promise of the 1976 act and the 1982-83 Supreme Court cases. That means punishing offenders, empowering victims, and altering the system of labour so people can earn a living wage, because it’s the absence of that that makes them vulnerable to exploitation. They have to make it so that this system is no longer perceived as an acceptable and beneficial way of treating workers. Indian people need to demand this, they need to be affronted by the fact that so many millions of their countrymen and women and children are exploited.