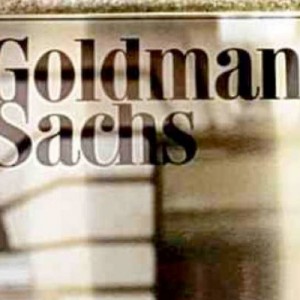 Goldman Sachs was charged with fraud last week by the Securities and Exchange Commission.  The investment bank says the charges are “unfounded in law and fact.” Regulators allege“Goldman wrongly permitted a client that was betting against the mortgage market to heavily influence which mortgage securities to include in an investment portfolio, while telling other investors that the securities were selected by an independent, objective third party,” SEC Enforcement Director Robert Khuzami said in a statement.  In other words , Goldman and a hedge fund client put together a ball of sub-prime crap designed to fail and bet against it.  Goldman also took out insurance on those same mortgage backed securities from AIG–yes, the same AIG taxpayers bailed out to the tune of $180 billion. Goldman was paid a total of nearly $13 billion from AIG at the direction of Treasury Secretary Tim Geithner.  What a mess and it is going to get much worse before it gets better.

Plaintiff attorneys are preparing for a deluge of future lawsuits written about in this recent Reuters article: The SEC’s charges against Goldman are already stirring up investors who lost big on the CDOs, according to well-known plaintiffs lawyer Jake Zamansky.  “I’ve been contacted by Goldman customers to bring lawsuits to recover their losses,” Zamansky said. “It’s going to go way beyond ABACUS. (name of Goldman security in question) Regulators and plaintiffs’ lawyers are going to be looking at other deals, to what kind of conflicts Goldman has.” (Click here for the full Reuters story.)Also, the UK and German governments are asking for their own investigation into Goldman Sachs deals.

If you think this was the only shady deal dreamed up by Wall Street banks, you have another thing coming.  All of the big banks have been selling securities called derivatives for at least two decades.  Derivatives are usually bundles of debt.  There are derivatives for mortgages, car loans, credit cards, student loans and all types of government debt, to name a few.  Derivatives are complex, but when it comes right down to it, you can sum them all up as debt bets.

Derivatives are a $600 trillion market according to the Bank of International Settlements.  (Some say the BIS estimate of the derivatives market is actually more than $1,000 trillion!)  And here is the best part–derivatives are totally unregulated.  That means there are no standards, no guarantees and no public markets.  With no public market, there is no real way to price this kind of Wall Street alchemy.  You just have to trust the person selling the “security.”  Take the Goldman fraud case, for example.  If there was a public market, Goldman would have never been able to pack crap loans into a security and sell them.  The regulation and guarantees would not have allowed it.  After all, regulations, guarantees and a public market make selling derivatives a lot less profitable.  That’s why Wall Street has been fighting regulation of the derivatives market for years.

Now, amplify this kind of Wild West market with all the big Wall Street banks and you get something so huge and so packed with junk that you have to suspend accounting rules to keep the system solvent.  That is what you have today.   I wrote about this in a post last year called“Can The Financial System Really Be Fixed?  Some Say No.”

Famed investor Jim Sinclair (jsmineset.com) was setting off alarms about the massive problems derivatives can cause several years ago.  In 2005, he said, “What OTC derivatives do not do to International Investment Banks, litigation will.” The Goldman fraud case is just the beginning of years of investor lawsuits against just about anyone dealing in the derivatives market.  So, when the news broke last Friday that Goldman was hit with fraud charges, all the big banks sold off.

Without unregulated derivatives, we would not have had the financial meltdown, mortgage giants Fannie Mae and Freddie Mac would not have failed, and we would not have problems with Greek debt and other sovereign debt.  How can this $600 trillion dollar market be unwound?  So far, taxpayers and investors around the world have been picking up the tab.  Now it may be Wall Street’s turn to pony up some dough.  Don’t be surprised if some of them get taken down by their own toxic financial waste.