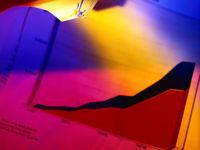 What is being announced in the UK today is typical of the top-down attitude of policy-makers who are members of an elitist plutarchy, professional politicians who in many cases have never done a proper day’s work, who having totally lost touch with reality limit themselves to playing with figures on pieces of paper, without having any notion as to the impact of these laboratory policies.

The original idea of the European Economic Community, namely a loosely-binding trading agreement, was agreeable to everyone. As successive armies of burocrats transformed themselves into Eurocrats, the scheme became more and more sinister, with Treaties and Agreements totally transforming the geopolitical reality of the Old Continent, with very little consultation of the people, as more and more echelons were created for growing numbers of ex- (or failed) politicians, a grey mass of faceless unelected, and who knows, unelectable nobodies whose dictates rule our lives.

In the few places that dared to hold a referendum, the result was not very convincing. Indeed, the policy is that if the people vote “No”, then you just repeat the election as many times as necessary, changing the wording until they get tired and say “oh to hell with it then, yeah!, I guess…” Watch this space: there will never, ever again be a free and fair democratic vote in any EU country on EU policy.

Indeed, the only organism which is democratically elected – the Parliament – has the least executive powers, far less than the totally non-elected EU Commission which has the most executive power, or the semi-elected (in some cases) Council of Ministers.

And what a wonderful system these wise men and women have imposed upon us. Why it is one in which if you belong to the Eurozone, your financial autonomy is zero; it is one whereby decisions taken by the ratings agencies like Standard and Poor’s, Fitch or Moody’s have a direct effect upon our daily lives, it is one in which the most massive slice of national budgetary spending goes to finance NATO’s wars (did anyone ask the people if they wanted their external policy controlled by NATO?)

Does it make any sense, if policy-makers are doing their jobs properly, that military expenditure should increase two-fold in a quarter of a century?

And do these policy-makers really believe the nonsense they espouse, when claiming for example that by taking billions out of the economy through massive public spending cuts and then that they are actually putting billions back in through VAT rises? For a start, why take it out in the first place, if they want to put it back in? Secondly, it does not take a rocket scientist to see that one of the fundamentals of a national economy is public confidence, and a very important one at that. The reflex action is a reduction in spending, a contraction of the economy and even less money in circulation, resulting in more unemployment and an even greater burden on public finances, something they said they were trying to avoid.

Do these policy-makers really believe that they are making the fairest choices when the practical effects of their policies will obviously hurt the consumer and the small businesses, when large retailers have so much more critical mass to soak up the pressure from increased VAT prices?

And why is it that nobody bothers to research how much money could be collected from a paltry 2 per cent taxation on the volume of financial derivatives? The answer is so much that hundreds of billions would become available without increasing taxation at all. But this they don’t tell us…

And THAT, Ladies and Gentlemen, basically sums up the wonderful democratic societies our great and knowledgeable leaders have built for us.