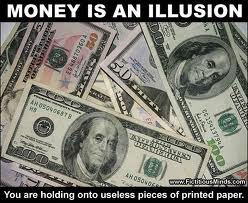 Now that inflation is beginning to pick up, it is vital to distinguish between what is real and what is just an illusion caused by inflation. If one does not, one might very well come away with the impression that the economy is shifting into higher gear when, in fact, it is not.

Take retail sales, for example. On the surface they are encouraging, since February’s sales gain was the most in five months. And since retail sales are one-half of consumers’ spending, which in turn makes up two-thirds of overall economic activity, one might be tempted to conclude that the worst is over.

One would be wrong. First of all, these are dollar figures, adjusted for the time of year but not for inflation. Second, most of the rise reflected a 6% surge in gasoline prices.

Excluding gasoline, retail sales went up at a much more subdued pace. And if you factor in higher prices for such other items as heat, food and health care, retail sales were virtually unchanged in the month — if not for the past few.

It is always important to strip away the effects of inflation and look at actual units purchased. After all, real spending determines real output which in turn provides real jobs. And when day is done, jobs are of paramount importance to this economy.

To be sure, certain stats are real — that is, they are expressed in unit terms, free from the influence of rising prices. These include employment, unemployment and the unemployment rate.

Also in this group are industrial production, capacity use and housing starts, sales and supplies of unsold homes. Some indexes like consumer sentiment and confidence are OK, too.

However other very important numbers do not separate inflation from units. These include corporate profits (and just about everything else on Corporate America’s financial statements), inventories and even the leading indicators.

Click to Play
U.S. economy has escaped oil’s grasp, for now
The U.S. economy’s recovery remains relatively steady in the face of climbing oil prices, but economists have worries for the future. Photo: AFP/Getty Images

Getting back to retail sales, it is important to be aware that rising gasoline prices will not be confined just to this category. Indeed, because they are used to transport goods, power machinery and as a feedstock in the production of plastics, clothing and many other items, rising prices of gas and oil will ripple throughout the economy — especially since the Federal Reserve has flooded the economy with lots of cheap, easy money.

This surge in prices is already having a deleterious effect on people’s ability to spend. Average weekly earnings, adjusted for inflation, fell 0.3% last month on top of a 0.1% decline in January. Over the past year, this important measure of consumers’ buying power is down 0.4%.

This lack of growth in buying power does not bode well for the economy. People simply don’t have the cash or the borrowing power to buy goods at last year’s prices, much less at today’s higher tags.

This is why most forecasters think that economic growth slowed in the first quarter to 1.7% — little more than half of the fourth quarter’s pace. They don’t see much faster growth next quarter, either.

And that’s no illusion.