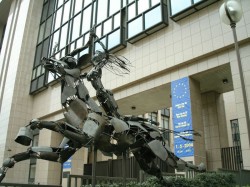 The Irish banking system is melting down right in front of our eyes.  Ireland, Portugal, Greece and Spain are all drowning in debt.  It is becoming extremely expensive for all of those nations to issue new debt.  Officials all over Europe are begging Ireland to accept a bailout.  Portugal has already indicated that they will probably be next in line.  Most economists are now acknowledging that without a new round of bailouts the dominoes could start to fall and we could see a wave of debt defaults by European governments.  All of this is pushing the monetary union in Europe to its limits.  In fact, some of Europe’s top politicians are now publicly warning that this crisis may not only mean the end of the euro, but also the end of the European Union itself.

Yes, things really are that serious in Europe right now.  In order for the euro and the European Union to hold together, two things have got to happen.  Number one, Germany and the other European nations that are in good financial condition have got to agree to keep bailing out nations such as Ireland, Portugal and Greece that are complete economic basket cases.  Number two, the European nations receiving these bailouts have got to convince their citizens to comply with the very harsh austerity measures being imposed upon them by the EU and the IMF.

Those two things should not be taken for granted.  In Germany, many taxpayers are already sick and tired of pouring hundreds of billions of euros into a black hole.  The truth is that the Germans are not going to accept carrying weak sisters like Greece and Portugal on their backs indefinitely.

In addition, we have already seen the kinds of riots that have erupted in Greece over the austerity measures being implemented there.  If there is an overwhelming backlash against austerity in some parts of Europe will some nations actually attempt to leave the EU?

Right now the focus is on Ireland.  The Irish banking system is a basket case at the moment and the Irish government is drowning in red ink.  European Union officials are urging Ireland to request a bailout, but so far Irish Prime Minister Brian Cowen is not taking the bait.  The Irish government does not seem too keen on having even more austerity measures imposed upon it by the EU and the IMF.

According to Nadeem Walayat, the harsh austerity measures that Ireland has endured during this past year have only made Ireland’s financial problems even worse….

The people of Ireland having endured over a year of austerity on the promise that it was all necessary to suffer pain today by cutting public spending so as to reduce the annual budget deficit to sustainable level for economic gains tomorrow. Instead the exact opposite is taking place as the Irish economy contracts due to economic austerity whilst its bankrupt banks are sending the countries debt and liabilities soaring, thus resulting in a far worse budgetary position than where Ireland was before the austerity measures were implemented as the bond markets are waking up to evitable debt default which is sending interest rates demanded to hold Irish debt soaring to new credit crisis highs.

But the big Irish banks are bleeding cash fast.  For example, the Bank of Ireland recently reported “a 10 billion euro outflow of deposits from early August until the end of September.”  Irish banks and the Irish government need help whether they are willing to admit it or not.

But Ireland is not the only one in trouble.  Portugal became the latest European nation to push the panic button when Portuguese Finance Minister Fernando Teixeira dos Santos announced that his country was in such bad financial shape that it might have to seek a bailout package.

Things are so bleak in Portugal right now that Foreign Affairs Minister Luis Amado says that his nation “faces a scenario of exit from the euro zone” if a solution is not found for this financial mess.

On top of all this, word is coming out that Greece is in even worse financial condition than initially believed.  The statistics agency for the EU, Eurostat, revealed on Tuesday that Greece’s deficit for 2009 was actually 15.4% of GDP rather than 13.6% of GDP as originally thought.

The Greek national debt is now well over 120 percent of GDP.  It seems inevitable at this point that Greece will need more bailouts if they are to remain part of the EU.

Spain is also starting to feel the heat.  Spain’s short-term debt financing costs jumped sharply on Tuesday, and officials in Spain are begging the Irish government to accept the bailout they are being offered so that the “contagion” does not spread.

But could a few mid-size countries in Europe really cause the next great global financial crisis?

In the UK, veteran Conservative MP Peter Tapsell is warning that a total collapse in Ireland “could pose as great a threat to the world economy as did Lehman Brothers, AIG and Goldman Sachs in September 2008”.

Already we are seeing world financial markets getting rattled by all this news.

Fears regarding what is happening in Ireland, Greece, Spain and Portugal helped push the Dow Jones industrial average down nearly 200 points on Tuesday.

But the real story is that this financial crisis in Europe could potentially cause the break up of the euro and of the European Union.

The truth is that the euro and the European Union are inseparably linked at this point.  In fact, EU President Herman Van Rompuy is warning that if some of the weaker countries in Europe are forced to abandon the euro it will likely cause the total destruction of the European Union….

German Chancellor Angela Merkel is also warning that a failure of the euro could bring down the entire European Union….

“If the euro fails, then Europe fails.”

But officials in Europe are not going to let the dream of a united Europe slip away easily.  Right now they are working really hard to keep Europe together, and that means some “tough love” has to be imposed on the “weak sisters”.  As these weaker European economies collapse, they are being forced to accept harsh EU mandates in exchange for bailouts.  As Ambrose Evans Pritchard recently pointed out, “forced austerity” is quite similar to serfdom….

Greece is now under an EU protectorate, or the “Memorandum” as they call it. This has prompted pin-prick terrorist attacks against anybody associated with EU rule. Ireland and Portugal are further behind on this road to serfdom, but they are already facing policy dictates from Brussels, but will soon be under formal protectorates as well in any case. Spain has more or less been forced to cut public wages by 5pc to comply with EU demands made in May. All are having to knuckle down to Europe’s agenda of austerity, without the offsetting relief of devaluation and looser monetary policy.

In the end, Europe is going to move in one of two directions.  Either this financial crisis will finally be the thing that breaks up the euro and the European Union, or it will result in a Europe that is ruled even more strongly by EU bureaucrats.

As this crisis unfolds over the next couple of years, the EU is going to try to grab more power and more control.  They are going to ask national governments to give up substantial amounts of power and sovereignty in exchange for bailouts.  So far it is working.

But at some point will one nation say that enough is enough?

Perhaps that one nation could be Ireland.  The citizens of Ireland actually voted “no” on the EU Constitution, but then the EU forced them to vote a second time so that they could “get it right”.

Wouldn’t it be ironic if it is Ireland that ends up lighting the fuse that breaks up the euro and the European Union?  The Irish are a fiercely independent people, and they have a history of resisting tyranny.

In any event, this is going to be an extremely interesting winter across the EU.  If things go badly, the entire global financial system could be plunged into mayhem.  Let us hope that does not happen. 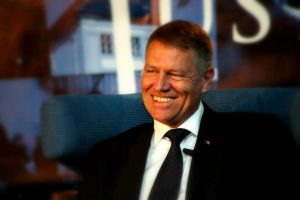