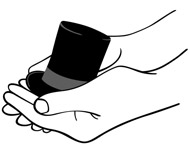 OUR leaders have asked for “shared sacrifice.” But when they did the asking, they spared me. I checked with my mega-rich friends to learn what pain they were expecting. They, too, were left untouched.

While the poor and middle class fight for us in Afghanistan, and while most Americans struggle to make ends meet, we mega-rich continue to get our extraordinary tax breaks. Some of us are investment managers who earn billions from our daily labors but are allowed to classify our income as “carried interest,” thereby getting a bargain 15 percent tax rate. Others own stock index futures for 10 minutes and have 60 percent of their gain taxed at 15 percent, as if they’d been long-term investors.

These and other blessings are showered upon us by legislators in Washington who feel compelled to protect us, much as if we were spotted owls or some other endangered species. It’s nice to have friends in high places.

Last year my federal tax bill — the income tax I paid, as well as payroll taxes paid by me and on my behalf — was $6,938,744. That sounds like a lot of money. But what I paid was only 17.4 percent of my taxable income — and that’s actually a lower percentage than was paid by any of the other 20 people in our office. Their tax burdens ranged from 33 percent to 41 percent and averaged 36 percent.

If you make money with money, as some of my super-rich friends do, your percentage may be a bit lower than mine. But if you earn money from a job, your percentage will surely exceed mine — most likely by a lot.

To understand why, you need to examine the sources of government revenue. Last year about 80 percent of these revenues came from personal income taxes and payroll taxes. The mega-rich pay income taxes at a rate of 15 percent on most of their earnings but pay practically nothing in payroll taxes. It’s a different story for the middle class: typically, they fall into the 15 percent and 25 percent income tax brackets, and then are hit with heavy payroll taxes to boot.

Back in the 1980s and 1990s, tax rates for the rich were far higher, and my percentage rate was in the middle of the pack. According to a theory I sometimes hear, I should have thrown a fit and refused to invest because of the elevated tax rates on capital gains and dividends.

I didn’t refuse, nor did others. I have worked with investors for 60 years and I have yet to see anyone — not even when capital gains rates were 39.9 percent in 1976-77 — shy away from a sensible investment because of the tax rate on the potential gain. People invest to make money, and potential taxes have never scared them off. And to those who argue that higher rates hurt job creation, I would note that a net of nearly 40 million jobs were added between 1980 and 2000. You know what’s happened since then: lower tax rates and far lower job creation.

The taxes I refer to here include only federal income tax, but you can be sure that any payroll tax for the 400 was inconsequential compared to income. In fact, 88 of the 400 in 2008 reported no wages at all, though every one of them reported capital gains. Some of my brethren may shun work but they all like to invest. (I can relate to that.)

I know well many of the mega-rich and, by and large, they are very decent people. They love America and appreciate the opportunity this country has given them. Many have joined the Giving Pledge, promising to give most of their wealth to philanthropy. Most wouldn’t mind being told to pay more in taxes as well, particularly when so many of their fellow citizens are truly suffering.

Twelve members of Congress will soon take on the crucial job of rearranging our country’s finances. They’ve been instructed to devise a plan that reduces the 10-year deficit by at least $1.5 trillion. It’s vital, however, that they achieve far more than that. Americans are rapidly losing faith in the ability of Congress to deal with our country’s fiscal problems. Only action that is immediate, real and very substantial will prevent that doubt from morphing into hopelessness. That feeling can create its own reality.

Job one for the 12 is to pare down some future promises that even a rich America can’t fulfill. Big money must be saved here. The 12 should then turn to the issue of revenues. I would leave rates for 99.7 percent of taxpayers unchanged and continue the current 2-percentage-point reduction in the employee contribution to the payroll tax. This cut helps the poor and the middle class, who need every break they can get.

My friends and I have been coddled long enough by a billionaire-friendly Congress. It’s time for our government to get serious about shared sacrifice.