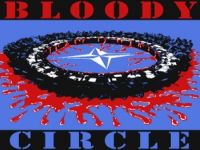 The secular principle of non-intervention in internal affairs gives rise to the spirit in some countries of a special mission, feeling mighty and powerful, they are prepared, either alone or through coalitions, to invade the territory of others.

The sovereignty of states can be likened to the inviolability of the home. The reason that man uses and builds a house is to protect himself and his family from the weather and from predators. It is this same principle that drives the creation of states.

Jean Bodin, French thinker of the 17th century, sums up the idea, to identify the higher states as “societates quae non recognoscunt” (Latin), in short, the state exerts over its subjects and territory the summa potestas, the sum, finality or totality of power.

If eventually violated by a subject or by a prince, it does not pawn the state in its pure situation. In the case where there is submission to another state, it can only be understood as a temporary concession of sovereignty, a mutual convenience, or religious or ideological allegiance, as in the case of theology-based states, including Muslims and pontifical. Or, in the case of military defeat.

The logic of common sense indicates that only defensive wars are just. When German submarines sank ships off the coast of Sergipe in Brazil, in national waters, we had to declare war on the Axis. The same occurred in the Paraguayan War: in retaliation to aggression.

A third country can come to the rescue of the victim, hence the known military pacts, the Entente and the large and small coalitions. The doctrine of intervention to impose internal order on the other can only be defined with the raw phrase of Peron: “la fuerza es el derecho de las bestias” (force is the right of beasts).

Like any other adjective, human rights depends on the choice of each. The right to associate freely and to individual freedom, the vision of Stuart Mill, who says that “liberty is to be able to make a choice.” My right, I choose, and it will be legitimate, if it does not violate those of others.

Some days ago in a seminar in the Amazon, Americans like Bill Clinton and the swine James Cameron were received by aboriginal leaders to appeal for open foreign intervention against the construction of the Belo Monte factory. The mere presence of Mr. Clinton and Mr. Schwarzenegger in Manaus to discuss the problems of the Amazon is already an intolerable intervention.

Let the reader suppose that, in response, the Americans decide to bomb the hydroelectric plants in Brazil. Or that a few rich countries “moved” with the misery of our children, resolve to send troops to save them.

Thinking about it now may seem absurd, as absurd as to imagine that after 1945, there were still messianic military expeditions, such as the “Liberator” Hitler against Eastern Europe.

In 1936, Franco, with foreign troops (Moroccan), and the support of the Nazis, stood up against the legitimate government of the Republic. France and England shied away from intervening on behalf of Spanish sovereignty. As seen, doctrines change according to convenience. In Spain there is no oil.

by Mauro Santayana
Translated from the Portuguese version by: Lisa Karpova
sursa: Pravda.Ru