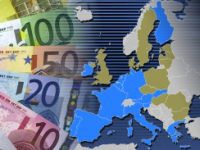 Imagine that in February 1848 there already was a worldwide network of computers. Suppose that instead of printing the first few copies of the Communist Manifesto, Marx and Engels had used the Internet, so that all workers, Europeans and North Americans, could read the text. What would the development process have been? As we know, 1848 was the year of workers’ uprisings in Europe, with all the repression and violence.

Capitalism was savage then, one of the bastard children of the French Revolution that became excited by the defeat of the workers. In France, the bourgeoisie took power and defeated the monarchy, took it without disguise and without intermediaries, in a period that historians call “The Republic of businessmen.” Workers and intellectuals tried later in 1871, soon after France’s defeat to the Germans, to create an autonomous and egalitarian government in Paris. With the help of the invaders, the Army of Thiers executed 20,000 Parisians on the streets.

The popular demonstrations in Arab countries, which the governments and media of the United States and Europe greeted as the end of the tyrants and the beginning of the democratization of the Islamic world, enter a new stage, reaching the rich countries. Hurried analysts are made to revise their conclusions. The ailment that took people to the streets is not limited to North Africa, it is a worldwide phenomenon.

One of the contradictions of capitalism, especially in this new stage of rampant imperialism, in which national governments are merely servants of the owners of money, is its inability to set limits. Today, the United States – which was, at one time, a space for the realization of millions of people through work – the difference between rich and poor is greater than during its entire history, including the time of slavery. One percent of the U.S. population owns 40% of the national wealth. The same situation is true in almost all Nordic countries.

When this text was written, thousands of people were camped out in central Madrid, in continuity with Real Democracy, Already, they began on May 15, with protests in all major Spanish cities. Spain today is dominated by multinational companies and big bankers, who not only exploit the national work, they also live from exploiting Latin American countries.

Banks like Santander – whose most dramatic results are achieved in Brazil – to divide the two parties that take turns in power (the socialists and conservatives), the result is the robbery of the country’s economy. It is against this hateful system that the Spaniards took to the streets and in the streets they continue.

It isn’t only the young unemployed who are indignant. It is mainly the women and older men who stimulate the movement. They feel that their children and grandchildren will be condemned to a future increasingly dark and more violent if citizens do not react immediately.

The Spaniards are promoting the international networking of similar movements that occur in other countries, like Iceland, France, England and even the United States. If the financial system has been linked with the Washington Consensus and the regular meetings between the world’s richest men of the planet, in order to dominate and exploit people globally, it is necessary that the citizens of the whole world react.

Marx wanted all workers of the world united. The movement today is broader and its motto might be: human beings around the world, unite.

Translated from the Portuguese version by: Lisa Karpova