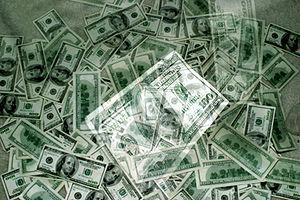 The world dollar standard’s death certificate arrives in the mail this week. The Bank of England – “the Old Lady of Threadneedle Street” – one of the most staid, cautious, and dignified entities in the world of monetary policy – signals that the fiduciary currency standard ushered in on August 15, 1971 is, empirically measured, far inferior to the (dilute form of the) gold standard erected at Bretton Woods. Fellow Forbes.com columnist Charles Kadlec thoroughly reprises and analyzes the facts submitted to a candid world by the Bank of England in a paper to be officially published December 20, 2011.

The Bank of England’s Financial Stability Paper No. 13, Reform of the International Monetary and Financial System, reported at Bloomberg BusinessWeek and reviewed here, is being seen by many monetary policy observers around the world as the “coroner’s report” on the death of the world dollar standard.

What’s next? Presciently, at the watershed October 5-6 Heritage Foundation Conference on a Stable Dollar: Why We Need It and How to Achieve It, Forbes’ editor-in-chief  Steve Forbes called for escalating the discourse from “whether” we should restore the gold standard to “how” to do so. The floodgates open.

In the second half of 2011 monetary policy scholars, policy virtuosi, financiers and activists have issued over half a dozen books and important monographs on the very subject heralded by Forbes whose call was seconded by Heritage’s president, Dr. Ed Feulner in an influential Washington Times op-ed:

That’s why we should welcome a debate about the role of the Fed and what our monetary policy should be. But we have to ask the right questions. … Should we fix the dollar price of gold? … ‘If the defect is inflation and an unstable dollar,’ asks Lewis Lehrman of the Lehrman Institute, ‘what is the remedy?’ We can’t answer that without a robust and full discussion. Let’s hope the hard questions being asked now about the Fed touch off a much-needed debate.

This, together with ongoing efforts by The Lehrman Institute and by its strategic partner, the American Principles Project (with both of which this writer has a professional association) laid the groundwork for another critical development: putting monetary reform at the core of the agenda of the conservative movement. The largest and most influential umbrella group of conservativism is the Conservative Action Project. This convened 100 leading conservatives at a summit this month. President Reagan’s Counselor and the 75th Attorney General of the United States, Edwin Meese, III, presided and the Project issued, last week, A Conservative Consensus for 2012.

This, which fairly may be considered the consensus conservative platform, calls for Growth, Family, Strength and Accountability. The first element of the very first item on the agenda includes a call to “encourage sound monetary policy, thereby helping the economy grow and create more jobs.” Many conservatives take these words to mean going forward to gold.

Earlier this autumn, Lewis E. Lehrman published the fruit of 40 years of study and thought, study that began with his tutelage by French monetary statesman Jacques Rueff, of The True Gold Standard – A Monetary Reform Plan Without Official Reserve Currencies. It was lauded by TV journalist Lou Dobbs as “a compelling read and a compelling architecture for a way forward,” by Federalist Society co-founder and Bradley Foundation “Genius Award” winner David McIntosh as “a must read for policy makers,” by financial journalist James Grant as “The answer, brilliantly expounded….” The New York Sun‘s Seth Lipsky summarized its essence:

… a transition in which, on the date that Congress authorizes the resumption of unrestricted convertibility between dollars and gold, Federal Reserve Bank notes and American dollar bank demand deposits would be ‘redeemable in gold on demand at the statutory gold parity,’ … the minting by the Treasury and authorized private mints of what Mr. Lehrman calls ‘legal tender gold coin in appropriate denominations, free of any and all taxation,’ … an international monetary conference ‘to provide for the deliberate termination of the dollar-based official reserve currency system and the consolidation and refunding of foreign official dollar reserves,’… the establishment by the conference of gold as ‘the sole means by which nations would settle residual balance of payments deficits,’ … and steps to ‘uphold stable exchange rates and free and fair trade – based on the mutual convertibility to gold of major currencies.’

Other noteworthy works on how to restore the gold standard promptly followed. These include monographs by George Mason University’s Prof. Lawrence H. White recently presented at the 29th Annual Monetary Conference of the Cato Institute, entitled Making the Transition to a New Gold Standard, and extensive and erudite testimony shortly preceding Lehrman’s book by Dr. Lawrence Parks, executive director of the Foundation for the Advancement of Monetary Education, at a September 13 hearing of Dr. Ron Paul’s subcommittee on Domestic Monetary Policy entitled “Road Map to Sound Money.”

In addition, financial analyst James Rickards’ Currency Wars: The Making of the Next Global Crisis is receiving significant popular attention and bestseller status, Detlev Schlichter’s Paper Money Collapse, and we see the publication of Paul Nathan’s The New Gold Standard, a new edition of prominent libertarian (and rocket scientist) Dave Redick’s Monetary Revolution USA and, now, the keenly anticipated Fixing the Dollar Now: Why US Money Lost Its Integrity and How We Can Restore It by Dr. Judy Shelton.

Dr. Shelton is a frequent contributor to The Wall Street Journal‘s editorial page and was a participant in both the Heritage and Cato conferences (as well, with Forbes, Lehrman and Jimmy Kemp at Atlas Foundation’s own monetary panel conducted at its annual Liberty Forum). She has an international following and is respected by powerful legislative officials in Washington, D.C.

Shelton first won worldwide credibility by being among the first to precisely predict the time and manner of implosion of the Soviet Union in her iconic work The Coming Soviet Crash. Shelton’s work The Money Meltdown was praised by Publishers Weekly as “masterful.”

Shelton has surpassed herself in Fixing the Dollar Now. This work aptly was called by Weekly Standard founder/editor (and gold standard proponent) William Kristol ‘bold and practical, sophisticated and straightforward.’ It lays out the alpha – the Constitutional underpinnings – and omega – financial integrity, stability, and prosperity – of why the gold standard now is a must.

What would it take to set up a genuine gold standard with a working mechanism for converting US dollars into gold on demand? The first step would be to address current federal legal tender laws…. The next major step toward achieving gold convertibility would be to define the US dollar as a fixed weight of gold. Such a major change from our current practice presents significant challenges in managing the transition. … Still, the advantages of forging an inviolable link between the value of US money and gold through fixed convertibility seem to make it well worth tackling the difficulties. … Gold convertibility of the dollar would reassert the early principles embedded in both the Constitution and the Coinage Act with regard to establishing a money unit defined as a precise weight of gold or silver. … Calling for an international monetary conference would reassure the United States’ trading partners that their cooperation is welcomed, even solicited. At the same time, given the pre-eminent role of the dollar in global financial markets, it would be seen as an important step toward achieving radical international monetary reform.

The world dollar system has been pronounced, now almost officially, a failure. The main surprise is that the pronouncement took so long. The call by Steve Forbes for a discussion about how to restore gold, and the work of monetary savants such as Lehrman, Shelton, and White laying out precisely how, could not be more timely – or needed. Public pollsters show gold to be extraordinarily popular with voters. Monetary reform is at the core of the conservative consensus. Presidential aspirants are taking note. Anticipate legislation.

Onward to gold – and prosperity.