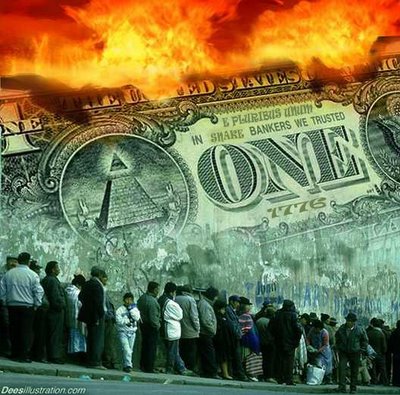 As the second decade of the 21st century began, the US economy had not recovered from the Great Recession that began in December 2007.

The economy’s failure to recover was despite the largest fiscal and monetary stimulus in the country’s history. There was a $700 billion bank bailout, a $700 billion stimulus program, a couple of trillion in “quantitative easing,” that is, in debt monetization or the printing of money to finance the government’s expenditures. In addition the Federal Reserve’s balance sheet had expanded by trillions of dollars as the Fed purchased troubled mortgage bonds and derivatives in its effort to keep the financial system solvent and functioning. According to the Government Accountability Office’s audit of the Federal Reserve released by Senator Bernie Sanders, the Federal Reserve provided secret loans to US and foreign banks totaling $16.1 trillion, a sum larger than US Gross Domestic Product (GDP).

Despite the enormous fiscal and monetary stimulus, the economy remained dead in the water.

In 2011 the deficit in the federal government’s annual expenditures was 43 percent of the budget. In other words, the US government had to borrow, or the Fed had to monetize, 43 percent of federal expenditures during fiscal year 2011. Despite this unprecedented fiscal and monetary stimulus, the economy did not recover.

At the end of the first decade of the 21st century, the economy’s decline was temporarily halted by federal subsidies for car and home purchases. The $8,000 housing subsidy helped newlyweds purchase starter homes as the subsidy was a big chunk of the down payment in a depressed housing market. The car purchase subsidy moved future demand into the present. When these subsidies expired, the economy’s life support was turned off.

Problems with the statistical reporting of unemployment, inflation, and GDP disguised the worsening economy. Seasonal adjustments used to smooth the data over the course of the year were not designed for prolonged recession. Neither was the “birth-death” model used by the US Bureau of Labor Statistics (BLS) to estimate non-reported jobs from new start-up companies and losses from companies that have gone out of business. The birth-death model was designed for a growing economy and during downturns overestimates the number of new jobs created.

The “substitution effect” used in the consumer price index (CPI) underestimates inflation by assuming that consumers substitute cheaper foods for those that rise in price. For example, if the price of New York strip steak rises, this does not show up in the CPI, because of the assumption that people shift their purchases to a less expensive cut such as round steak.

The widely used “core inflation” measure does not include food or energy. Core inflation is a useful measure for those who want to put an optimistic spin on the outlook.

The federal government knows that this is phony and has a U.6 measure of unemployment that counts the short- term discouraged. This measure, seldom reported by the media, stood at 16.2 percent in June, 2011.

Statistician John Williams (shadowstats.com) continues to count also the long-term discouraged workers according to the way it was officially done in 1980. In June, 2011, this full measure of the US unemployment rate was 22.7 percent.

In other words, by 2011 between one-fifth and one-fourth of the US work force were without jobs.

As 2011 progressed, the United States faced three simultaneous economic crises. One crisis arose from the loss of US jobs, GDP, consumer income, and tax base caused by corporations offshoring their production for the US market. Instead of making their products at home with American labor and providing Americans with jobs and states and localities with tax revenues, US corporations provided countries such as China, India, and Indonesia with GDP, jobs, consumer income and a tax base. This practice meant that economic stimulus was unable to revive the US economy as Americans cannot be called back to work jobs that have been moved abroad.

Another crisis was the financial crisis resulting from deregulation, fraud, and greed. Securitization of mortgages meant that issuers of mortgages no longer had any incentive to ascertain the credit worthiness of the borrower, because the issuers sold the mortgages to third parties who combined the mortgages with others and sold them to investors.

As mortgages were issued for fees, the more mortgages issued, the higher the income from fees. In order to collect fee income, some issuers faked credit reports for borrowers. With the housing market booming, many people took mortgages in order to make money on the resale of the properties. With housing prices rising rapidly, down payments and credit worthiness became concerns of the past. The financial crisis was made worse by the ability of investment banks to get around capital requirements and, thereby, leverage their equity by incurring enormous debt. When all the bubbles burst, the house of cards collapsed.

The third crisis was the $1.5+ trillion annual federal budget deficits, which were too large to be financed without the Federal Reserve buying the Treasury’s new debt issues. Known as monetizing debt, the Federal Reserve purchased the Treasury’s bills, notes, and bonds by creating a checking account, which the Treasury would then draw upon to pay the government’s bills. The outpouring of Treasury debt raised concerns about the dollar’s exchange value and role as reserve currency, and it raised fears of inflation. Gold and silver prices rose as the dollar declined in foreign exchange markets.

Any one of these crises was serious. All together, they implied economic armageddon.

There was no obvious way out, but even if one could be found, the government was focused elsewhere — on wars.

In addition to ongoing military operations in Iraq, Afghanistan, Pakistan, Yemen and Somalia, the US and NATO began military operations against Libya on March 19, 2011. As with the existing wars, the real purpose of the aggression against Libya was not acknowledged, but it became clear that the war’s purpose was to evict China from its oil investments in eastern Libya. Unlike the previous Arab protests, the Libyan rebellion was an armed uprising in which some saw the CIA’s hand.

The Libyan war upped the risk, because although hiding behind the veil of Arab protest, the US was actually confronting China. Similarly, in the US-supported armed rebellion in Syria, Washington’s target was the Russian naval base at Tartus. Overthrowing the Assad government in Syria and installing a US friendly regime would put paid to Russia’s naval presence in the Mediterranean.

By hiding its purposes behind Arab protests in Libya and Syria that it might have initiated, Washington avoided face-to-face conflicts with China and Russia, but nevertheless the two powers understood that Washington was striking at their interests. This elevated the recklessness of Washington’s aggressive policies by initiating confrontation with two nuclear powers, one of which held financial power over the US as America’s largest foreign creditor.

China’s oil investments in Angola and Nigeria were another target. To counter China’s economic penetration of Africa, the US created the American African Command in the closing years of the first decade of the 21st century. Disturbed by China’s rise, the US undertook to prevent China from having independent sources of energy. The great game that in the past has always led to war is being played out once again.

September 11, 2001, provided Washington with a new “threat” to replace the Soviet threat, which had expired in 1991. Despite the absence of the Soviet threat, the military/ security budget had been kept alive for a decade. September 11, 2001, injected rapid growth into the military/security bud- get. A decade later the budget stood at approximately $1.1 trillion annually, or approximately 70 percent of the federal deficit which was crippling the dollar and threatening the US Treasury’s credit rating.

Focused on Middle Eastern wars, Washington was losing the war for the US economy.

As the expectation of economic recovery evaporated over the course of 2011, the need for war became more imperative. (See Antiwar.com, “Sen. Graham ‘Very Close’ to War.”)

Former associate editor of the Wall Street Journal and columnist for Business Week, Dr. Paul Craig Roberts served on personal and committee staffs in the House and Senate, and served as Assistant Secretary of the Treasury for Economic Policy during the Reagan Administration. He has held academic appointments in six universities. He was awarded the US Treasury Silver Medal and the Legion of Honor by the President of France.