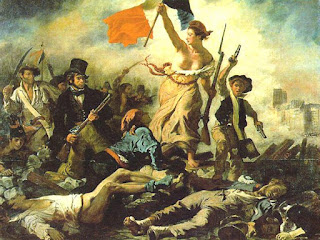 Webster Tarpley, author, journalist, lecturer, and critic of US foreign and domestic policy, appeared on the Alex Jones radio show today and discussed the wedge issues currently exploited in the “corporate media” to divide the American people in order for the Global Power Structure to maintain control.  The concept of “divide and rule” as a means to control the people is not a new idea.

According toWikipedia, “divide and rule (derived from Latin divide et impera) (also known as divide and conquer) is a combination of political, militaryand economic strategy of gaining and maintaining power by breaking up larger concentrations of power into chunks that individually have less power than the one implementing the strategy. In reality, it often refers to a strategy where small power groups are prevented from linking up and becoming more powerful, since it is difficult to break up existing power structures”.  It is said that the British used the strategy to gain control of the large territory of India by keeping its people divided along lines of religion, language, or caste, taking control of petty princely states in India piecemeal.

The use of this technique is meant to empower the sovereign to control subjects, populations, or factions of different interests, who collectively might be able to oppose his rule. Machiavelli identifies a similar application to military strategy, advising in Book VI of The Art of War [3] (Dell’arte della guerra [4]), that a Captain should endeavor with every art to divide the forces of the enemy, either by making him suspicious of his men in whom he trusted, or by giving him cause that he has to separate his forces, and, because of this, become weaker.

Of course, Wikipedia’s descriptions focus primarily on the use of “divide and rule” by a sovereign ruler or nation.  Today, we are facing a much more sinister oppressor in the form of Global Government; the long sought after establishment of a Global Scientific Dictatorship by a very few extremely powerful and wealthy families.

The use of “wedge issues” are frequently employed  in order to gain a foothold politically which allows a political entity to implement otherwise unacceptable policies. A wedge issue is a social or political issue, often of a divisive or otherwise controversial nature, which splits apart or creates a “wedge” in the support base of one political group. Wedge issues can be advertised, publicly aired, and otherwise emphasized by an opposing political group, in an attempt to weaken the unity of the divided group, or to entice voters in the divided group to give their support to the opposing group. The use of wedge issues gives rise to wedge politics.

The current ruckus over building an Islamic center and mosque near ground zero, calls to change the 14th Amendment and other so-called “wedge” issues are roiling up each party’s base, but they’re turning off independents, analysts say.

The article goes on to report that Jacqueline Salit, president of independentvoting.org, a national strategy and organizing center for independents says

“I think there’s more and more of a steady recognition that these kind of wedge issues and political manipulation, sensationalism and opportunism is exactly what is degrading the American political process and our democracy.”

What we are witnessing in America today with the Ground Zero Mosque, Shirley Sherrod, Immigration, Same Sex Marriage, etc. is a deliberate modern day attempt by the Global Elites to, at minimum, divert attention away from the global economic crises and the criminal activities of Wall Street, the “Federal Reserve” and more specifically, the Central Banking Cartel.

Upon examining the financial backing for the Ground Zero Mosque, for example, we find the Council on Foreign Relations and Fox News as major contributors. (see Steve Watson’s recent article, Ground Zero Mosque Imam is Globalist Stooge and Today on the Alex Jones Showfeaturing Webster Tarpley)

The constant barrage of propaganda streaming out of the corporate media is nothing more than a veiled attempt to divide the people into factions while the “False Dichotomy” of the Republicans and Democrats offer “solutions” that only serve to inflame an already manic display of bigotry and hatred.  Does the two-party system really offer the people a choice? No.  They are currently controlled by the Global Elites who are financing their campaigns and directing their policies.

What has either party done in recent history to help the people of this country?  Nothing….Absolutely Nothing! That is, nothing positive.  They have managed to usher in a era of global economic collapse, racial, ethnic, and socio-economic division; and the destruction of civil liberties.

I would also argue that the deliberate division of the populace along the aforementioned lines, allows the advancement of the police state; with increased unrest, we are very likely to see riots and violence which will allow the Global Elites to fully implement military rule in America, thus leading us to the “perceived need” for Global Government.

We can only pray for their ultimate failure and demise while also refusing to contribute to the social, political, religious, and economic “unrest” which they seek to foment.  Does this mean that you should do nothing?  On the contrary, do more…examine the new slate of leaders who are presenting the truth about the “Establishment”, share the “truth” with your family, friends, and neighbors; Most importantly, educate yourself about the issues that matter.

It is time to Wake Up!  You too, can join the “Global Political Awakening”!