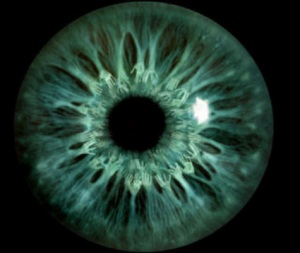 For the first time, the population of an entire city has been estimated from space through a pioneering project to speed up medical and disaster relief efforts. By analysing satellite images of disaster zones and famine, war or disease-hit areas where census data is unreliable, or cities unreachable, researchers hope to make rapid and more accurate estimates of how many people might need help.

“Population numbers are crucial to everything we do,” says Ruby Siddiqui of the global charity, Medicins Sans Frontières, a collaborator in the project to evaluate the satellite counting technique. “We need to plan the size, scale and mode of interventions, and without population numbers we can’t do this,” she says.

At present, groups like MSF rely on the “quadrat” method to estimate population size. Surveyors visit a sample of individual households to find out how many people live in each type of dwelling. From this, they estimate the population of the entire town or refugee camp. But the method is slow, it demands teams of up to a dozen samplers, and requires careful data analysis afterwards. Also, such operations can be hazardous or impossible to carry out in conflict zones such as Syria.

To overcome some of these obstacles, Chris Grundy of the London School of Hygiene and Tropical Medicine has led a project to estimate the population of Am Timan in Chad using satellite images.

The entire population is to receive meningitis vaccinations, and MSF wants to know how many doses to order.

Preliminary results presented last week in London at the annual research meeting of MSF revealed that the satellite method matched the quadrat method for accuracy. Also, it took about half the time to deliver an answer, although Grundy says that with refinement it has the potential to be much faster.

Surveyors, including Siddiqui, still had to visit households in Am Timan to estimate how many people typically lived in each kind of building, but they could then make a city-wide estimate by counting the total number of each type of dwelling in the satellite image, either through a computer automated analysis or by manual counting.

“These results are very good, and there’s no doubt they’d be good enough for what MSF wants to do,” says Grundy. But the team hopes to make it faster still, potentially eliminating the need to sample dwellings first.

Grundy’s team is also evaluating the counting method in 11 refugee camps around the world, including in earthquake-hit Haiti. “We now know it works, that MSF can do it. The next step is to simplify it,” he says. (Andy Coghlan – newscientist.com)