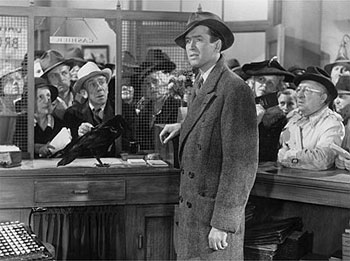 Instituting capital controls seems like the next big event in the government-banking-oligarchy’s great looting of America.

First, these vampires designed “free trade” agreements to use slave labor abroad at the expense of American jobs.  Next, they moved their investment capital and assets abroad sucking the life-blood out of the U.S. economy.  Then, they covertly used America’s remaining wealth to prop up their bogus financial instruments like credit default swaps and derivatives, which came crashing down.  Finally, they got their taxpayer bailout, and now they want your pension funds and cash deposits to stay under their control.

This last stage of the mass looting requires your wealth to remain in their possession.  They seem to be setting up several ways to control the remaining capital.  One of the first tactics used by the banksters to control your money was to get the SEC to adopt a proposal to allow money market funds to suspend withdrawals during a financial crisis to prevent bank runs.  As reported on ZeroHedge:

A key proposal in the overhaul of money market regulation suggests that money market fund managers will have the option to ‘suspend redemptions to allow for the orderly liquidation of fund assets.’

Money Market funds, which account for nearly 40% of all investment company assets. The next time there is a market crash, and you try to withdraw what you thought was “absolutely” safe money, a back office person will get back to you saying, ‘Sorry – your money is now frozen. Bank runs have become illegal.’

Now they have made it much more difficult to move your money out of the country using protectionist language disguised in a “Jobs Bill.”  It is important to note that “free trade” agreements caused the exodus of American jobs overseas, taking massive investment capital out of the United States. Clearly, this capital would not have traveled offshore without the incentive provided by those agreements, thus we must realize that the capital leaving was the result, not the cause.

Yet, instead of repealing or modifying these trade agreements to truly stimulate job security at home, our caring leaders seek to restrict and control capital from leaving the shores as outlined in the Hiring Incentives to Restore Employment Act (HIRE Act – H.R.2487) this past March, also reported on ZeroHedge:

As it was merely the latest in an endless stream of acts destined to expand the government payroll to infinity, nobody cared about it, or actually read it. Because if anyone had read it, the act would have been known as the Capital Controls Act, as one of the lesser, but infinitely more important provisions on page 27, known as Offset Provisions – Subtitle A—Foreign Account Tax Compliance, institutes just that. In brief, the Provision requires that foreign banks not only withhold 30% of all outgoing capital flows (likely remitting the collection promptly back to the US Treasury) but also disclose the full details of non-exempt account-holders to the US and the IRS. And should this provision be deemed illegal by a given foreign nation’s domestic laws (think Switzerland), well the foreign financial institution is required to close the account. It’s the law. If you thought you could move your capital to the non-sequestration safety of non-US financial institutions, sorry you lose – the law now says so. Capital Controls are now here and are now fully enforced by the law.

This under-reported piece of legislation is supposed to create jobs through limiting the capital allowed to leave America, and through weak tax incentives for companies to hire people at home.  However, this bill is the perfect model for our government’s solutions: Attack the symptoms (capital leaving America) while not addressing the disease (unemployment because of unfair free trade agreements).  And just to round out its perfection, the bill also limits the freedoms of average Americans while exempting Big Business.

Economist Mark Nestman reported that the law does not put in place strong “capital controls” yet, but definitely lays the groundwork for them:

It’s a terrible law that will make it much more difficult for U.S. citizens to invest, do business, or even live outside the United States.  But it doesn’t impose capital controls, although it’s an important step in this direction.

Along with requiring U.S. citizens and permanent residents to disclose a great deal more information about their offshore investments than they currently do, the law imposes a 30% withholding tax on certain types of U.S-source income and gross sales proceeds to foreign financial institutions (FFIs) and certain foreign non-financial entities (FNFE).  The only way to avoid the tax is for the FFI or a ‘withholding agent’ for the FNFE to enter into an information reporting agreement with the IRS.  These rules become effective in 2013.

In other words, it will remain legal to move money to a foreign country, but you will now have to prove that you paid taxes to Uncle Sam on those funds prior to investing them.  So, American citizens are guilty of tax evasion until proven innocent. Therefore, like other corrupt tax laws, you’ll pay massive tax penalties for noncompliance to scare you into submission.  What’s more, private foreign banks are being forced to cooperate, as the U.S. government gave themselves the power to close foreign bank accounts for noncompliance.

Last, but certainly not least, an authoritarian measure of capital control has been proposed by some Elite economists who suggest forcing private sector savings into public sector debt, as explained in the Daily Reckoning:

During WWII, the US government needed investors to buy an unprecedented amount of Treasury bonds. Commercial banks loaded up on Treasuries, which limited the amount of credit that could be granted to the private sector. It may have been the patriotic thing to do, but the real returns from war bonds were very poor. Napier said, ‘That’s the type of society [the US and the UK] had to run to sustain our government debt. And I’m suggesting to you that these are exactly the sorts of things we have to look out for in our future.’

This is the process of forcing private sector savings into public sector debt. Most investors will tell you that this is impossible. But Napier ticked off two potential tools the government could use to strong-arm investors into Treasuries:

1. Capital controls: An example of this comes from the UK in the 1970s. For most of this decade, the yield on UK government bonds was below inflation. The government wouldn’t let investors take money out of the country.

2. The ‘Buffett tax’: Political leaders would say, ‘We love capitalism. It is the best thing America has ever had. And we would really, really like to promote it. And the best way we can promote capitalism is to get all you capitalists to invest with a long-term holding period.’ The idea would involve a 4% ‘transaction tax.’ This effectively forces shareholders to engage more deeply with corporate executives, rather than trading shares aggressively. The authorities would say, ‘This is a wonderful thing because Warren Buffett does it. And if Buffett does it, it has to be good. So as of tomorrow, we’ll have a 4% ‘Buffett’ tax for the trading of all financial instruments except for government debt.’

These steps are a slippery slope to complete control of your capital.  It didn’t happen overnight, but the same tactics have been used recently in places like Venezuela, where well-off citizens are still allowed to leave the country; they just can’t take their money with them.

Given that most experts anticipate a severe worsening of the U.S. economy, we should be aware and prepare for the tyranny of capital controls that are coming.  For those wishing to leave America with their money, doing so before 2013 seems like a good idea.  For those looking to survive the continued collapse of the economy, perhaps now is the time to allocate your remaining wealth properly.