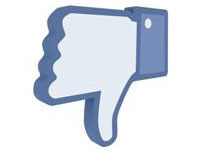 The founder of WikiLeaks Julian Assange in an exclusive interview to RT (formerly known as Russia Today) called Facebook the greatest espionage tool in history. According to Assange, Facebook automatically collects confidential data of the registered site users, and later this information is transferred to the U.S. intelligence.

The founder of the WikiLeaks said in a television interview that Facebook is the greatest spy vehicle ever created by human beings. He added that we were dealing with a very detailed database about people, their habits, their social ties, addresses, places of residence, relatives, and all these data is located in the United States and available to U.S. intelligence.

Answering the question about the role of social networks in shaping the recent revolutions in the Middle East, the infamous online journalist said that Facebook in particular was the most disgusting of all espionage tools ever invented. He said that the users should be aware that adding a contact on Facebook they are working for American intelligence, updating its database. Other intelligence can either hack Facebook, or get this information from the Americans in exchange for some services.

Assange is currently expecting the review of his complaint regarding the London court decision on his extradition to Sweden, whose authorities accuse the 39-year old Australian of sexual crimes. Assange’s lawyers tend to believe that Sweden is seeking the expulsion in order to give the truth-seeker to the USA. Meanwhile, the most famous debunker of our days, who, in fact, did not debunk anything, is restating elementary truths.

Recently, Facebook has puzzled some of its users by privacy and security settings, and company founder Mark Zuckerberg strongly opposed the anonymity on the Internet. His statement provoked resistance from the founder of website 4chan Christopher “moot” Poole, who considers that preserving the incognito allows people to reveal themselves in all their stark, unfiltered, brutally primitive beauty. The authority, or if you will, popularity of Assange as a hacker will not change much in the situation with social networks. The catchers of people’s souls have made the right bet relying on common stupidity.

Over the last five years almost a billion people worldwide were in the full sense caught in the net, and their number increases exponentially. The leadership of major media outlets requires their employees to register on such social networking sites as Facebook or its Russian analogue VKontakte.

“The problem of the leakage of data from social networks, Internet services and mobile devices is becoming ever more urgent. There are regular reports that phones and Android platforms iOS preserve photographs, data on the movement of the device and personal data and send them to the network, “Globalist” reports. On May 1st “Yandex” has acknowledged that it provided the FSB with the data of people using the services of Yandex. We should not forget that social networks can become a meeting place for terrorists and dangerous sociopaths, which has been a topic for a discussion since the beginning of the social networks.

The only argument of those who lost faith in conspiracy theories is the following argument: it is a hard task to handle this amount of information. However, besides the politics social networks have a negative social and public component.

“Psychologists believe that the most popular social networks are based on the principle of the Maslow pyramid. According to this theory, the highest level of needs of the individual is simply self-expression. A network user can not only provide information about themselves, but also display their successes, create audio and video libraries, own albums. Yet, few people think about the information that we so thoughtlessly put on our pages. This information becomes a desirable target for the intelligence services and, as the experience of the American social networks indicates, a great way for creditors to determine our true income. There was recorded a range of cases when mentally unbalanced individuals traced and blackmailed users,” “Globalist” reports.

We are no longer able to live without social networking and we will not stop eating fish caught in Japan. Some will continue yelling that it is all lies (like the poisonous “Fukushima” fish), others will continue unsuccessful attempts to resist progress. It would be interesting to find out how the Russian president and other senior officials who opened accounts on Facebook and Twitter are protected from such scrutiny of foreign secret services. It is quite clear why such a question was not posed to Julian Assange. After all, he has repeatedly admitted that his main revelations are yet to come, explaining that the information that has already been revealed is “just the tip of the iceberg.”