The United States by every measure is hanging on by a thread to its First World status.  Saddled by debt, engaged in wars on multiple fronts with a rising police state at home, declining economic productivity, and wild currency fluctuations all threaten America’s future.

The general designations of the ranking system for world status date back to the 1950s, and have included countries at various stages of economic development.  Since the Cold War, the definition has come to be synonymous with repressive countries where a wealthy class of ruling elites segment society into the haves and have-nots, many times capitalizing on the conditions that follow an economic crisis or war.

While much of the world is still mired in poverty, the reduced cost of innovative tools such as computing and connectivity ironically puts traditional Third World countries at the forefront of a new lean-and-mean economy that is based on ideas of empowerment for the disenfranchised.   For better or worse, the world is leveling due to Globalism.  However, America and other over-leveraged countries face this re-balancing of the globe at a time when they have dwindling resources. We can speculate about who and what is to blame for America’s fantastic fall, but for the purposes of this article we shall focus on the obvious signs that the United States is beginning to resemble a Third World country.

1. Rising unemployment and poverty: Unemployment numbers, food stamps, and home foreclosures continue to reach new record highs.  The ugly reality of those numbers was recently on display when 30,000 people showed up to apply for public housing in East Point, GA for 455 available vouchers.  Fights broke out, people were fainting from the heat while in line, and riot police showed up to handle the angry poor.

2. Economic dependence: The United States finished 2009 with a debt-to-GDP ratio of 85%, according to the International Monetary Fund (IMF).  The current trend projects the United States to finish 2010 at 94% and 2011 at 98%.  The 90% level has become the IMF’s make-or-break point for countries hoping to grow their way out of debt. If the government debt load climbs above 90% of GDP, economic growth slows so much that growth is no longer a viable solution for reducing that debt, and the IMF insists on austerity measures. Surpassing this debt threshold has also caused China’s lead credit rating agency to cut America’s credit rating.

3. Declining civil rights: Everyday freedoms are often a casualty of a society in collapse.  As the anger of the populace mounts in response to declining economic conditions and political corruption, the government counters by increasing draconian measures that restrict the political rights and civil liberties of its citizens.

America is becoming a country like China, which has one of the lowest scores according to Freedom House.  In America, private discussions and movements are monitored, free speech is corralled, the freedom to assemble for protest is by government decree, and independent thought that questions the political system is increasingly looked upon with suspicion.  A final indicator  is when the government insists upon secrecy for its own actions, while new laws and systems are created to put the individual under nearly constant surveillance.

4. Increasing political corruption: When political corruption becomes the accepted norm, as opposed to the exception, then there’s a good bet your country resembles the Third World.  Congress and all major institutions face a growing crisis in confidence, where a record-low 11% of the population believe Congress is doing a good job. It now seems obvious to all observers that big corporations directly control the agenda in Washington — much like typically corrupt Third World countries.

5. Military patrolling the streets: The rise of a militarized police state is a hallmark of most Third World countries, particularly in times of rapid economic collapse.  America’s declaration of the War on Terror has created a constant threat to National Security that has allowed for the military to be deployed on American soil.  Building upon the War on Drugs, this has created a fusion between the military and local police, where military-grade weapons and tactics are being used against American citizens in a cascade of violent confrontations over non-violent offenses.  Military checkpoints are moving farther inland, away from meaningful border control functions, and a full-blown military presence in American cities has been planned by the U.S. Army War College.

6. Failing infrastructure: As 46 of 50 states are on the verge of bankruptcy, cities are going dark, asphalt roads are returning to the stone age, and nationwide budget cuts are leaving students without teachers, supplies, or a full-time education.  These are common features one will see as they travel through the poorest of Third World countries.

7. Disappearing middle class: During the last presidential debate season, they argued that a family income of $250K was solidly middle-class.  Well, Census data shows less than 15% of families make over $100K, and only 1.5% of families make over $250K.  The income gap between the rich and poor has increased at a staggering pace, while many more middle-class folks join the ranks of the poor every day.  Cavernous income gaps may be what Third-World nations are best known for. 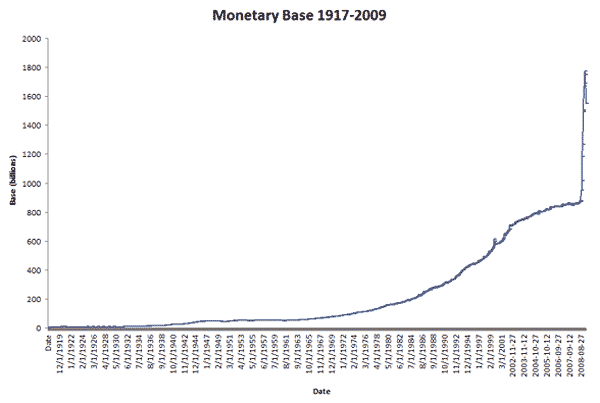 8. Devalued currency: The value of the Federal Reserve Note (U.S. dollar) has declined 96% since the inception of the Federal Reserve in 1913.  The value of the dollar is based on its supply in circulation and, to a lesser extent, the demand for those dollars. For the last three years, the money supply has spiked literally off the charts. It can be argued that the dollar has become America’s top export as the world’s reserve currency, and if the volatile dollar is scrapped, which the U.N. and IMF now suggest, then demand will plummet, killing the currency.

9. Controlling the media: A government-influenced media that censors information is a key component of Third World countries.  In some countries it is openly owned by the State.  In America, privately-owned major media is not as balanced or as diverse as it seems; the concentration of ownership has led to censorship when national and corporate interests have sometimes overlapped.  The persecution of high-profile investigative journalists such as WikiLeaks is set amid a backdrop of the proposed Internet censorship of bloggers who wish to remain anonymous.  The end of net neutrality creates a pay-to-play system that can lead to further corporate and government control of information and opinion.  Cybersecurity initiatives are the final nail in the coffin, as the entire free flow of information can be vetted in a China-style system of “identity management.”  On the street, the police state and media control have converged in the recent rise of arrests for those who videotape the police.  This is a huge blow to First Amendment rights and the role of photojournalists who wish to document public police behavior.

10. Capital Controls: Many nations have enforced capital controls as their economies collapse.   It most recently happened in Argentina and Venezuela as they sought to keep the remaining wealth within their borders. The SEC already has adopted policies to allow money market funds to suspend withdrawals during a financial crisis, while the recent HIRE bill (HR 2487) puts restrictions on Americans moving capital to foreign countries. Some economists suggest that the national debt has gotten so high that the government must now force investment of private capital into U.S. Treasury debt.

Key economic indicators point to a situation potentially worse than the Great Depression. The land of opportunity for so many is devolving into a system of government corruption, corporate looting, and military rule that threatens to sink the American Dream.  The capital flight from America has left a dwindling middle class holding an empty bag.  This style of underinvestment in the foundation of society is similar to what already has led to the exodus from the rural Midwest.  Now, there are ominous signs of a silent exodus of young, intelligent professionals seeking opportunities to realize their dreams outside of America; they are becoming known as Generation Xpat.  Lastly, many skilled immigrants have returned to their home countries to seek a better quality of life, which might be the scariest indicator of all.